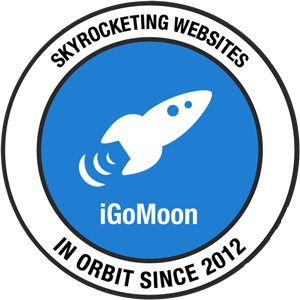 What Parental Leave Means For The Parent and The Company

Reading time: 6 minutes
‹ Back to the blog

Now I'm officially off on parental leave. This makes me iGoMoons first "parental leav-er". In 1974, the year before I was born, the Swedish government introduced parental leave. My father had heard about this and saw the opportunity to be home with his children during the summer of 1975.

He left his job for three months at Täby County to become full-time dad. He was the first father in our suburbs who took his “father's days”. Local newspapers saw the scoop and gave my father, me and my brothers the center fold and wrote: "The New Kind of Father" as the title. Back then it was sensational to hear of a father who would rather spend his time with his children than working, but much has happened since then. Being on paternity leaves is something that has long been questioned. How does it benefit the individual person or the company?

On April 1, 41 years later, it's my turn to take advantage of Sweden's outstanding offer to be home with my 1 year and 4 months old son, Albin. I'm terrified, what are we going to do and what does paternity leave give me and the company I work for? After doing some research on Google, it is clear. Smart companies today should see the benefits of paternity leave.

The creative brain is unleashed

Many fathers testify that their paternity leave has given them greater insight into their job and what they actually do during their days.

Fathers let their guards down and their perspective becomes greater by sitting in the park and watching their children slide around on a swing. The time for reflection and to generate new ideas for their service to the company is becoming more while the stroller is pulled up and down the streets, compared with the daily running of the working rat race.

Ideas rarely comes to you while you are in the heat of the moment, they usually come to you when you stand next to the situation, watching and relaxing.

According to studies that have been made since 1974, 30% less relationships end in divorce when the father has been on paternity leave with their children.

During this time the father gets a better understanding of family life, which brings the family closer together. In his book "Think and Grow Rich" Napoleon Hill wrote that a steady home environment is a big part of a winning concept when it comes to a personal career.

The company benefits if an employee has a stable home environment because he can focus more on his work instead of worrying about his family life.

Tele2's technical director Stefan Axelsson told the newspaper Campus that his paternity leave in 2008 gave him a greater insight into conflict resolution. At the sandbox, he began in the early stage of his paternity leave to see patterns of how and when he would break in or allow the parties to take care of themselves or when they needed a mediator.

"Before, I was easily running in to the heat of a battle when a conflict erupted. Today I am better at reading if the people involved will be able to solve the problem themselves or need assistance. Another advantage is that I as a manager has experience from more phases of life, which gives me a better understanding of my employees."

What shall I do?

Now it is just a few hours left before I leave my office chair for a seat on the wooden bench to see Albin stroll around in the sandbox and create new impressions and insights in his life. I must prepare myself to do the same, for that is what I will "do" during my paternity leave. Being with my son, creating new experiences and gain new insights into life as a father that I later can use in my role as an sales representative, colleague and family man. See you in the playground, in a mall or on a general store north of Norrtälje alternatively in September when I'm back.

Have a pleasant spring and summer!

He’s our Inbound Whisperer. He listens to our clients, analyzes their needs and often finds solutions they have never thought of.
Inbound Marketing Consultant

Comeback on the moon - welcome Emmi!

Touchdown on the moon - welcome Erik!

Saskia sets foot on the moon!

Fill out the form below to get in touch with us